NCAA Tournament Projections As of March 6 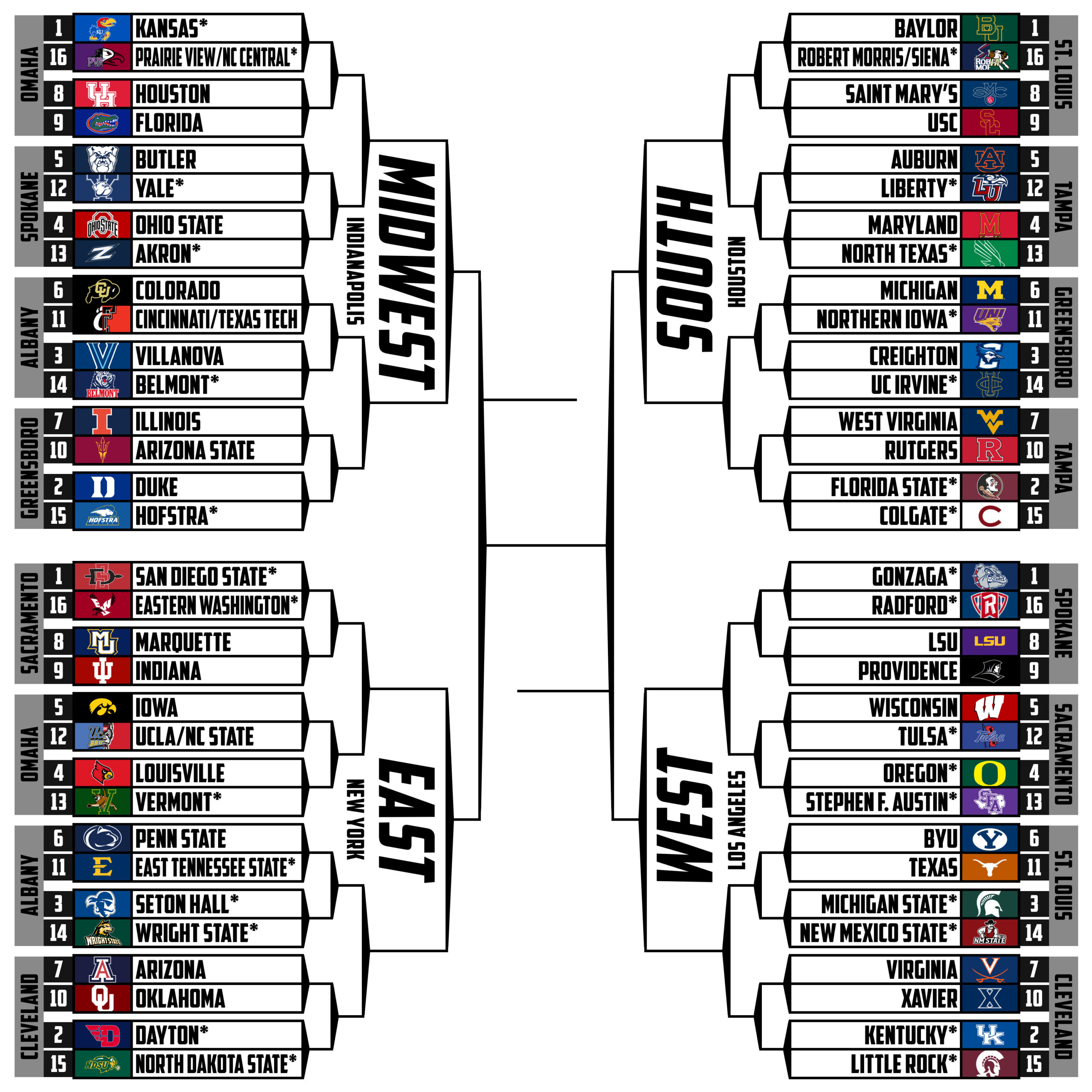 1. SEC
At the start of the season, the SEC looked to be a conference that could get upwards of 8-9 bids, but that has not panned out. The SEC has had four bids for most of the year but has a half dozen teams who are just on the outside looking in. Any one of those teams could get hot in the SEC tourney and work their way into the dance. Because of the quality and quantity of teams, I rate the SEC as the best bet to have a bid-stealer.

2. AAC
With only two teams in the field, the odds are high that a bid-stealer could come from the American. Houston is in solidly and Wichita State hangs on the bubble but is in for now. Some capable teams lurk to steal the automatic bid. Cincinnati is very much alive for an at-large bid and so is Memphis. There are other capable teams in UConn and Tulsa. If you are on the bubble, this is a conference to watch.

3. A-10
With the way Dayton is playing, it’s hard to believe they won’t keep it going and win the conference tourney as well. But if they do slip up, Richmond and Rhode Island are waiting to take the bid. Both the Spiders and Rams are still in line for an at-large bid, but really need to make big noise in Brooklyn.

4. ACC
Who thought we would ever say the ACC is a bid-stealing opportunity? This is based solely on the fact the conference only has five teams in, and if someone got hot, the opportunity is there. I think this one is a long shot but hey, it’s March and anything can happen.

Next week brackets will be posted every Monday, Wednesday and Friday with the final bracket posted midday on Selection Sunday. Follow me on twitter @tkbrackets. I will give you updates daily as we work towards Selection Sunday.