NCAA Tournament Projections As of March 8

As we head into championship week, here are some notes on today’s bracket.

• Four teams have won their conference tournaments and have become the first automatic qualifiers in the field. Morehead State, Liberty, Winthrop and Loyola Chicago are in the dance and are seeded according to their resumes. Those seeds could change as conference favorites are upset in the tournaments this week.

• Keep an eye on the Mountain West Tournament. Only San Diego State is assured a bid and depending on what happens, the league could get anywhere from two to four bids. Utah State needs the most help at this tourney and probably needs to get to the championship game in order to have a chance at a spot.

• Michigan State secured an at-large bid with a win over Michigan on Sunday. The Spartans’ three top-ten wins will have them dancing even if they lose in the opening round of the Big Ten Tournament.

• Every season there are tough decisions on whether the last team in is deserving of their spot. But the decision on Drake might be one of the toughest calls that I’ve ever seen. When I looked at their resume ten days ago, I was sure the Bulldogs would need to win the Missouri Valley Tournament to get in the field. But since then, their resume has improved, partly because they added another Q2 win over Missouri State. Drake also benefited from the Mountain West’s contenders failing to improve their own standing. I currently have the Bulldogs as the last team in, edging out Utah State and Syracuse. Drake fans will surely be watching the Mountain West and ACC tourneys to see if the Bulldogs can sneak into Indy.

• I’ll have plenty of updates throughout the week as we head into Selection Sunday. I will update my bracket daily on Twitter and have special podcasts on Thursday and Saturday, updating the field. Look for another updated bracket on Friday, as well as my final bracket ahead of the selection show on Sunday afternoon. 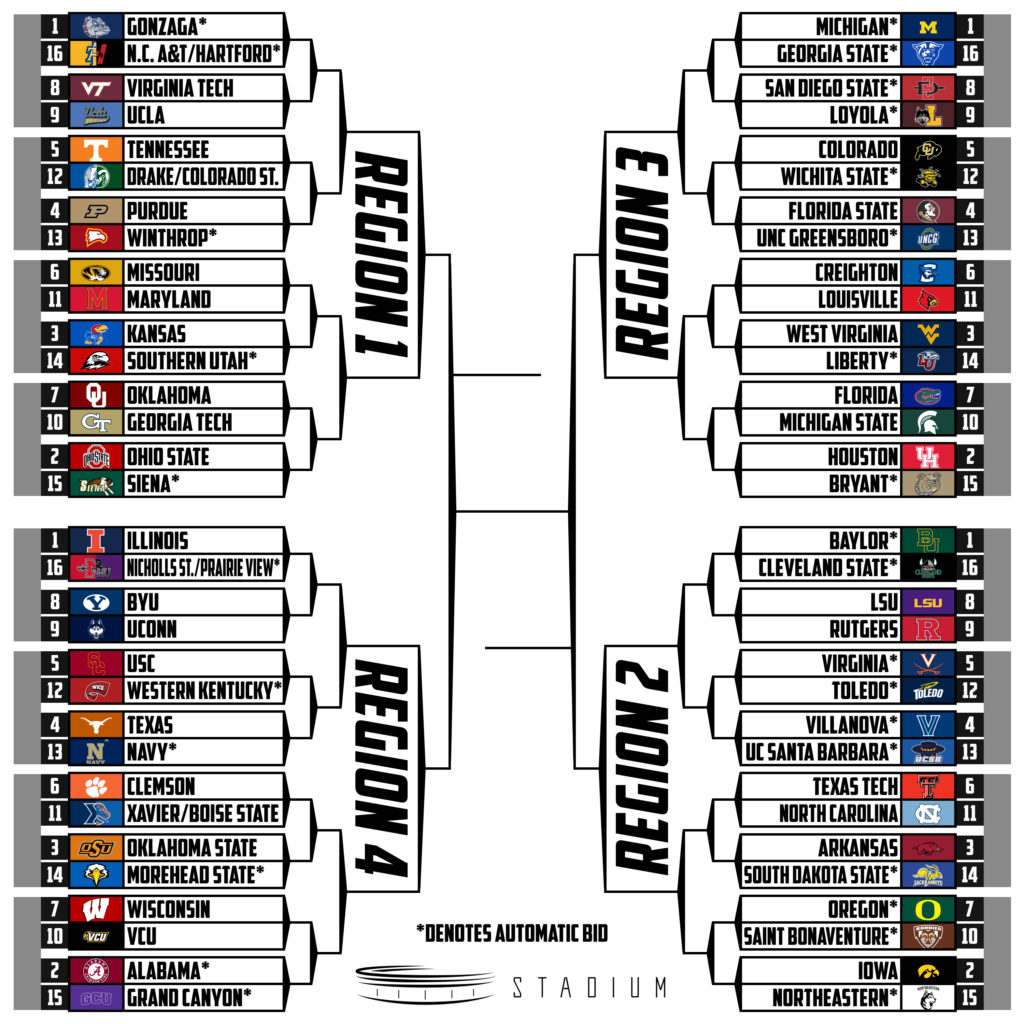