Today, let’s look at 10 teams squarely on the bubble, what they have to do to get in the tourney, and what their chances are to go dancing.

Memphis — 85%. Frankly, I’m not sure the Tigers really belong on this list, but we have to start somewhere. The Tigers have great metrics, two top-five wins and a win over highly regarded Alabama. Memphis could be in trouble if it loses its AAC opener, but getting to the final would certainly lock up a bid.

Notre Dame — 65%. Notre Dame has a bye into the ACC quarterfinals and is on the right side of the bracket. The Irish could get to the finals and not beat a team that would help their resume, but that would still get them into next week. A first-round loss, though, and they would be in some trouble.

Michigan — 60%. The Wolverines have a resume that normally would make them a lock, but at 17-13, they need to improve their record. Michigan opens in what could be a play-in game against Indiana; if they win, they should be in.

Rutgers — 55%. Rutgers has five high quality wins that would normally have them in the tournament. But a lot of bad on the schedule — poor road record, a couple of bad losses, a bad non-conference schedule, poor metrics — more than balances that out and has them on the bubbles edge. The good news is they are in the quarters and another quality win should seal the deal.

Xavier — 50%. This Xavier team has been leaking oil for some time and desperately need a win over Butler in the first round of the Big East tourney. If they win, it may be enough; if they lose, it will be a long wait until Sunday in Cincinnati.

Wyoming — 50%. For the Pokes, it all comes down to Thursday’s first-round matchup against UNLV in the MWC quarters. A win and they would most likely be in. A loss to the red-hot Runnin’ Rebels, who are playing on their home court, would most likely keep them from gaining a berth in the tourney.

Wake Forest — 50%. It’s surprising to see the 23-8 Demon Deacons in this spot, but they are missing any kind of quality wins on their resume and need one badly to seal the deal. Unfortunately, they will face lowly Boston College in the first game of the ACC tournament and a quality win does not look to be in the cards for the semis. But a trip to the finals would mean 25 wins, and that most likely would be enough to go dancing.

SMU — 45%. The Mustangs must add to their resume to be a sure thing, and that could be tough. A quarterfinal win is an absolute must, and then they may face a Memphis team that they have beaten twice. Another win over the Tigers would punch their ticket, but a loss would most likely keep them out of the NCAAs. However, losses by teams outside of the bracket could keep them in the field.

VCU — 35%. The Rams have only won two games against the NET’s top 75. That’s not exactly a great resume. But VCU’s resume metrics are good, and if they get to the finals with a win over Dayton, they have a shot.

BYU — 25%. Everyone was ready to kick the Cougars to the curb after they lost to San Francisco in the WCC quarters. But their resume, which isn’t great, still contains two wins over the NET’s top 25. The problem for BYU is that they haven’t beaten anyone in the NET’s top 175 since Jan. 15. Since they are done with their schedule, the Cougars need some help.

Indiana — 40%. How can Indiana be at 40% when ranked below other teams with a lesser percentage? If the Hoosiers beat Michigan in the quarters of the Big Ten tourney, their resume will be much closer to Michigan’s than people think. And if they can add one more after that, a Big Ten team with 20 wins — with three of those possibly over teams in the top 25 — is going to be a cinch to make the field.

Other than these ten, it seems unlikely any other teams will challenge for an at-large bid. We basically have 10 teams for seven spots, provided there are no bid stealers. We should have a much clearer picture of who’s in and who’s out by Friday night. Follow me on twitter @tkbrackets to get updates to the bracket during championship week. And then as we lead up to the tourney, listen to my annual pre-tourney podcast which breaks down the field and gives you tips on the bracket. 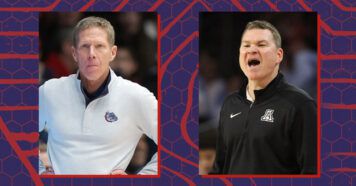 NCAA Tournament Projections As of March 4 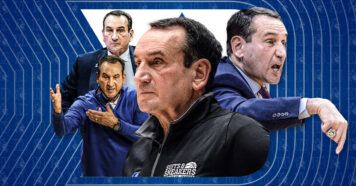 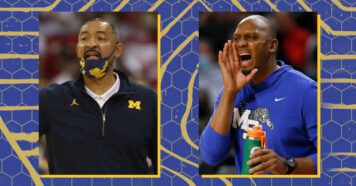 Breaking down the odds for teams on the bubble.