I went 1-3-1 in Week 5 with a push coming on Steelers +3, which was my top play. This week is a little more challenging with four teams on a bye, so only 14 games to pick from.

My picks will be separated into five categories. Keep in mind that some game theory could factor into my selections because of the large-field NFL “picks” contest I’m in. For example, I might avoid a game in an attempt to be contrarian if I think a large amount of the field will be on a certain side.

Here’s what I’m currently thinking for the Week 6 slate.

Note: My picks could change based on information and any injury news that is not factored into the contest line. I will tweet from @natejacobson1 when I have a change in opinion on a game. I will also discuss and finalize these picks on a Periscope show I host called Weekend Warriors. This week’s show is on Friday at 7 p.m. ET and can be seen on Stadium’s Periscope  or Stadium’s Twitter.

Browns (+1) over Seahawks: Picking a team coming off an embarrassing primetime loss over one of the luckiest teams in the league is exactly the kind of bet that I like making in the NFL. The Browns looked terrible on Monday and their value is low. The disastrous performance was accounted for in the betting market as the Browns were a 2.5-point favorite before their loss to the 49ers. Now they are an underdog against a Seahawks team coming off a very lucky win against the Rams. Seattle was also fortunate to beat the Bengals in Week 1 and benefited from facing the Steelers in the game that Ben Roethlisberger got injured in. The Seahawks are a team I’m going to continue to fade, and the Browns are in the perfect spot to cover.

Jaguars (-1.5) over Saints: Some might be surprised to see the Jaguars as a favorite here, but it’s a tough spot for the Saints. Teddy Bridgewater has led New Orleans to wins over the Seahawks, Cowboys and Buccaneers, and the defense has elevated their play in all three games, but with Drew Brees close to returning and the Bears on deck, this is one game — against an AFC opponent — in which the Saints could get caught slipping. The 2-3 Jaguars need this one, so I like Jacksonville at anything under a field goal.

Chiefs (-4.5) over Texans: There has been about a three-point line move in this game since the Chiefs lost on a Sunday night as double-digit favorites against the Colts. That performance caused the line to drop, but injury concerns over Patrick Mahomes’ ankle is another factor for the move in the number. Keep in mind that Mahomes downplayed his injury and practiced on Wednesday. If you have followed my weekly NFL column, you know I’m not a fan of betting on Houston, so Kansas City is firmly in consideration at a deflated price.

Vikings (-3) over Eagles: There is some concern about picking Kirk Cousins against a good team, but I think this is a matchup where the Vikings quarterback will have success. The Eagles have one of the thinnest secondaries in the NFL, so Cousins should play well if Minnesota can establish the run at home. The Vikings also have a very strong home-field advantage which gives me confidence in Minny.

Rams (-3) over 49ers: The look ahead line before Week 5 was Rams -5.5, so there’s been a 2.5-point adjustment after the Rams lost on Thursday and the 49ers dominated on Monday night. The Rams should’ve won their last game, and line value has been created because they missed a last-second field goal. I also like the idea of the Rams having extra time to prepare in a home game that they absolutely need to win.

Jets (+7) over Cowboys: This line has been adjusted with Sam Darnold returning from mono, but I still think there’s value on the Jets as a touchdown underdog at home. There is some concern regarding how Darnold will look, but it sounds like he was close to playing last week and was able to practice. The offensive line injuries to the Cowboys are a concern, and it’s not the best spot for Dallas with a primetime home game against Philadelphia next week.

Bengals (+11) over Ravens: The Bengals are a horrible team and that was on display in a home loss to the Cardinals last week. However, this line is too high for an overrated Ravens team that has been exposed on defense against below average competition.

Panthers (-2.5) vs. Buccaneers in London: This is a quick rematch from a Week 2 Thursday night game where Tampa Bay pulled off an upset against Cam Newton and Carolina. Newton hasn’t played since then and the Panthers are 3-0 with Kyle Allen at the helm. This game being in London has me staying away because it’s hard to predict how teams will play across the pond.

Titans at Broncos (-2): I was concerned that Broncos players were going to quit on the season after starting 0-4, but they showed life last week with a win against the Chargers. The Titans are 2-0 in the underdog role this season and 0-3 as favorites. I can see this game going either way especially with a total in the low 40s.

Lions at Packers (-4): This Monday Night Football line seems short for a Green Bay team with a strong home-field advantage. However, the Packers are still dealing with key injuries and the Lions are coming off a bye week. With extra time to prepare, this is a huge spot for Detroit to prove they are a playoff contender.

Giants at Patriots (-17): I have stayed away from Thursday night games all season, and this one is no different. I’d also probably avoid this one if it was on a Sunday afternoon instead.

Redskins (-3.5) at Dolphins: I usually like backing teams the game after they fire their coach because the players don’t want to be blamed for the problems. That being said, there’s no way I can bet on the Redskins as a favorite.

Falcons (-2.5) at Cardinals: Even though it’s tempting to back the Falcons at under a field goal against a Cardinals team that isn’t very good, I’m totally done with the Dirty Birds.

Steelers at Chargers (-6.5): I’m steering clear of this Sunday night matchup. The Steelers are likely going to start Delvin Hodges at quarterback, and I can’t trust the Chargers in the favorite role given their injuries. 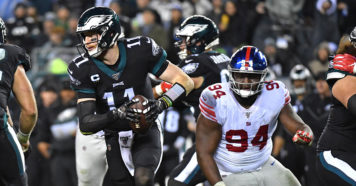 Handicapping and betting NFL Week 17 games is much different than betting a normal regular season week. The two biggest differences are motivation and information. Motivation is important because we know which teams need to win to make the playoffs or to improve their seed. It’s important to know the information of who is playing […] 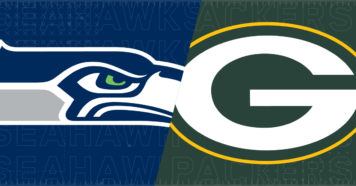 Seahawks-Packers Divisional Round Matchup: Date, Time, How to Watch

Will the Pack get revenge for the 2014 NFC Championship Game? 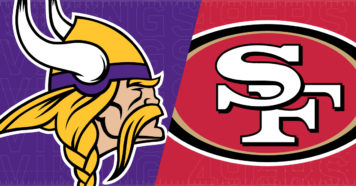 Vikings-49ers Divisional Round Matchup: Date, Time, How to Watch

Can the Vikings pull off another upset?