Gonzaga star Nigel Williams-Goss reveals just what it is that makes this team so special.

If you’ve perused any college basketball message boards or social media pages within the past three weeks, odds are you’ve witnessed a flurry of chatter surrounding the Gonzaga Bulldogs. Mark Few’s squad has been the benefactor of hefty praise from a number college hoops pundits.

Their unblemished 26-0 record has vaulted the Zags to the No. 1 ranking in the AP and USA Today Coaches Polls for the third consecutive week. Fresh off a 74-64 road victory over arch rival Saint Mary’s, Gonzaga appears primed to finish the regular season with a perfect record.

Nigel Williams-Goss, the All-American candidate who leads Gonzaga in points (15.7) and assists (4.6) per game, knows what a unique team this is and situation he’s in.

Prior to taking the reins in Spokane, Williams-Goss was a standout on the other end of the Evergreen State, headlining for Lorenzo Romar and the Washington Huskies. He eventually followed suit of former Bulldogs legend Dan Dickau by transferring from UW to Gonzaga to finish out his collegiate career. Now, Williams-Goss serves as an integral cog in Mark Few’s well-oiled machine that has as good a shot as any to reach the Final Four in Arizona.

Along with the accolades have come criticisms all too familiar to the program. The Zags have yet to reach the Final Four; they play in a mid-major conference and compete in high school gyms; they always choke come tournament time; they don’t deserve to be a No. 1 seed, let alone the Tournament’s overall No. 1 seed.

While some arguments are grounded in reality (no, the Zags have never reached the Final Four), the critics who relentlessly revert to them suffer from a case of willed, anti-Gonzaga myopia. This season, the numbers and statistics back the Zags, and the team knows it.

“Obviously our balance,” Williams-Goss answered when asked what makes this team unique. “I think everyone has kind of keyed in on that, that we have a really balanced team with a lot of different pieces that can do a lot of things.”

The balanced attack that the team boasts is unlike that of any past Gonzaga squad. Five players currently average double digit points per game, with two others averaging at least 8.2 PPG. The depth Few has at his disposal is truly eye-opening.

Remarkably, though, the versatile offensive weaponry is not the Zags’ X-factor. This year, the Bulldogs own one of the most ruthless defenses in the country, a statement rarely ever shuttered from the mouths of the Gonzaga faithful.

“And then I think taking the next step on the defensive end,” Williams-Goss said. “I think last year we were really talented offensively, but I think defensively we struggled in some games and it kind of cost us a little bit. But this year, we can honestly say we’re just as good on both ends of the floor and I think it makes us a really tough team.”

And therein lies the difference. The Zags rarely struggle offensively, but no Gonzaga team has boasted the defensive prowess of this squad, which ranks No. 9 nationally in opponents’ points per game (61.7).

Williams-Goss, along with Josh Perkins, Jordan Mathews and Silas Melson, form a Gonzaga backcourt that has the length and athleticism to suffocate on the defensive end. The true size of these guards is the difference-maker compared to past Bulldogs teams – their length makes it difficult for opposing guards to find open and uncontested shots. And, with any great team, such tenacious defense transitions into a blistering offense.

“I think we all bring a little something different to the game,” Williams-Goss said of Gonzaga’s guard play. “Obviously, Jordan is a sharpshooter, one of the best three-point shooters in the nation. Then Josh is such a team first guy and he’s so talented, I think people don’t even really realize how talented Josh really is. And then you kind of got me, who is a kind of a do-everything guy who’s trying to do everything to help the team as well. So, I just kind of feel our uniqueness, all bringing something different makes us unique and productive.”

It doesn’t stop there, though. The Zags conveniently possess one of the deepest front courts in all of college basketball.

Seven-foot-one, 300-pound center Przemek Karnowski bolsters the defense, eats up space in the paint and is arguably the best passing big man in the game. Johnathan Williams provides an athletic presence that cleans up on the glass and stretches the floor at the forward spot. Zach Collins, another 7-footer and future first-round NBA prospect, comes off the bench and understands spacing far better than a freshman should. Collins averages 1.5 blocks to go along with 10.6 points and 5.8 rebounds in a mere 17.2 minutes per game. Lastly, talented forward Killian Tillie rounds out the Zags’ big man rotation, providing valuable minutes off the bench and a remarkable shooting range.

The depth and balance on this team is something to behold. Gonzaga is college basketball’s only team that is in the top five nationally in adjusted offensive efficiency and adjusted defensive efficiency. The Bulldogs sit at the No. 1 spot on KenPom.com, a rankings system that rates a team’s offense and defense based on points scored and allowed per possession. They also currently sit at No. 6 in the nation in RPI.

That’s the statistical fact that Gonzaga critics need to grasp: numbers back this team’s success.

This is a group that passes the eye test, passes the mathematical tests, and is hungry for a deeper run in March. If there’s ever been a Gonzaga team that could accomplish such a feat, it’s this one. 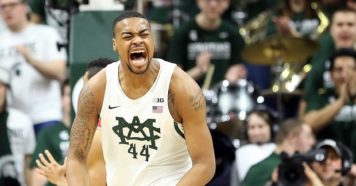 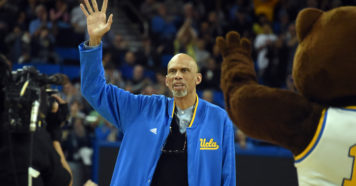 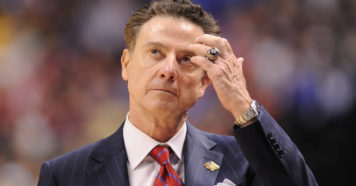