In late January, we debuted a concept that we dubbed the “Championship Arc.”

Sure, there are exceptions like UConn in 2011 and 2014 but most national champions fit a similar statistical profile.

Adjusted efficiency measures how many points a team scores and surrenders, on average, per 100 possessions.

Here’s a look at how the best teams this season compare to the pre-NCAA Tournament adjusted efficiency of the last 17 national champions (since the start of kenpom.com). 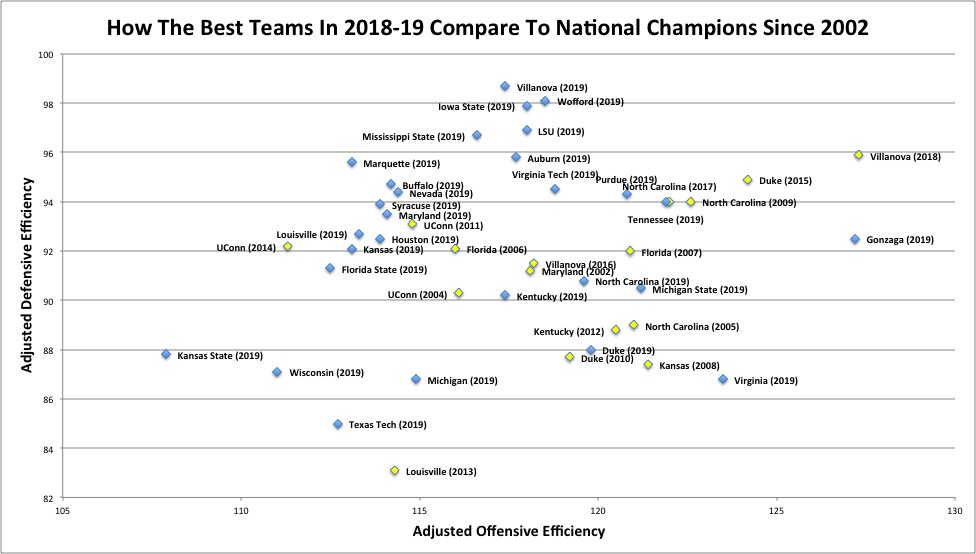 You get the picture. If not, we drew the Championship Arc below. 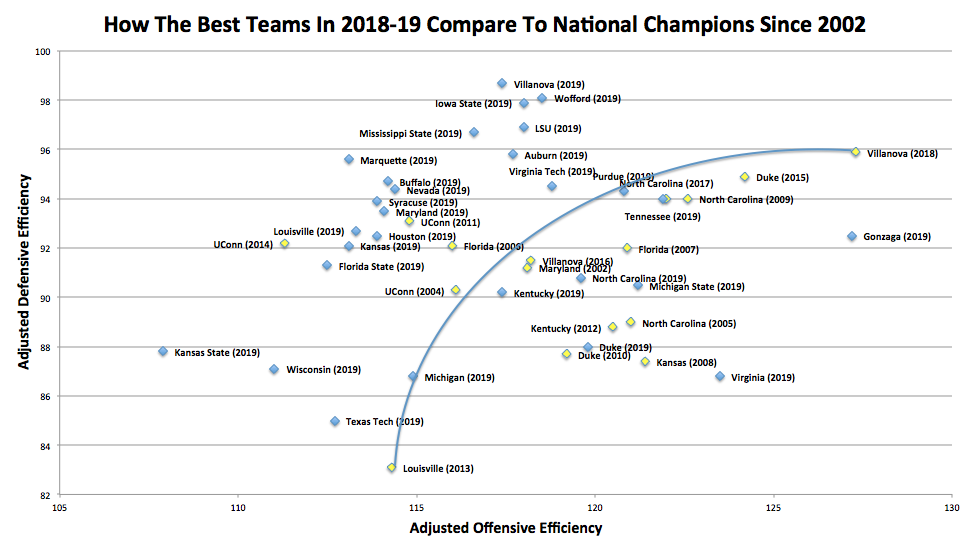 If we subscribe to our own theory that the national champion will likely fall on or inside the Championship Arc, one of the following nine teams will win the 2019 national championship: Virginia, Gonzaga, Duke, Michigan State, North Carolina, Michigan, Tennessee, Kentucky or Purdue.

A few teams, like Texas Tech and Virginia Tech are just outside of the arc. The Red Raiders have the No. 1 defense in the country and the Hokies have the No. 8 offense but it’s each team’s play on the other end of the floor that leave them just outside the arc.

Texas Tech’s offense is much-improved in the last month and it’s ranked No. 34 in terms of efficiency. Virginia Tech’s defense is ranked No. 32 nationally, so the Red Raiders and Hokies are two prime candidates of teams outside of the Championship Arc that could theoretically win the national championship.

The numbers below are from Sunday morning, courtesy of kenpom.com.

The NCAA Tournament seed projections are from Stadium’s latest projections that were published Friday.

If recent historical trends continue, the 2019 national champion is listed in the table above and the ACC, Big Ten and SEC have multiple teams capable of cutting down the nets on the second Monday in April.