“Pooh: The Derrick Rose Story” – How to Watch the D-Rose Documentary

The film tells the story of Derrick Rose’s life, from his upbringing in the Englewood neighborhood of Chicago all the way to his 2018-19 season with the Minnesota Timberwolves.

The documentary features interviews with Chicago media and members of the Bulls’ front office, who discuss Derrick’s mercurial tenure with the Bulls that included a Rookie of the Year, becoming the NBA’s youngest MVP, and a slew of injuries that left fans and members of the press flummoxed until the superstar was eventually traded to the New York Knicks.

Chance the Rapper weighs in on Rose’s impact in the city of Chicago as well as members of Rose’s family.

RELATED: Derrick Rose Reflects on Season With T-Wolves, Looks Ahead to Free Agency 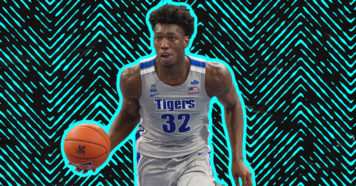 James Wiseman Emerges As Frontrunner for No. 1 Pick, According to NBA Execs

“I love his size, length, and ability to run the floor,” said one NBA GM.