Everything you need to know about the San Diego State vs. Nicholls online live stream, as well as game notes.

The San Diego State Aztecs will welcome the Nicholls Colonels to The Mesa on Thursday night for a non-conference matchup.

The Aztecs (6-4) have gotten off to a rocky start to the 2015-16 season, but hopefully have righted the ship after beating Biola, 73-53, on Monday. The Eagles kept pace for the game’s first 11 minutes, but San Diego State went on a 9-0 run to create some separation and headed into the half up 45-28. The Aztecs took their foot of the pedal a bit in the second half and cruised to a 20-point victory. Zylan Cheatham had a career-high 16 points and Jeremy Hensley matched with 16 of his own to lead San Diego State. Looking ahead on the Aztecs schedule, they have a matchup with Grand Canyon on Dec. 18 before hosting the mighty Kansas Jayhawks on Dec. 22.

The Colonels (3-3) have also had trouble finding consistency in the early going, but look to have figured it out winning two straight games. Their latest victory came on Saturday when they knocked off the Loyola (LA) Wolf Pack, 89-74. Nicholls got a 22-point performance from Ja’Dante Frye and another 19 points from T.J. Carpenter as the Colonels extended their winning streak over the Wolf Pack that dates back to 1970. Thursday’s game vs. San Diego State starts a four-game road trip for Nicholls, which includes meetings with North Texas, SMU and Colorado.

Below is everything you need to know about the game, including the San Diego State vs. Nicholls online live stream, TV broadcast information, game notes and prediction. 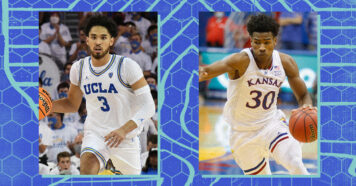