Stadium has compiled men’s basketball attendance and ticket sales data from the 2017-18 and 2018-19 seasons, and we’re now breaking it down by conference.

The first chart below shows how many fans SEC schools averaged in each of the last two seasons.

The second chart shows ticket sales data from the 2017-18 season (ticket sales data from the 2018-19 season was unavailable at the time this story was published), including how much money schools made per season, per game and per fan per game. We also included how much revenue schools reported making from concessions, parking, game programs and novelty items during the 2017-18 season.

Note: Data for private schools is unavailable, as well as from schools in states whose public records laws require one to be a resident to make a public records request.

The table below lists schools in descending order of reported 2017-18 ticket sales.

*Unavailable Due to State Records Laws
**Data is private

MORE: How Much Is Your School Spending On College Basketball Recruiting? 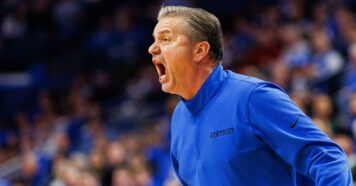