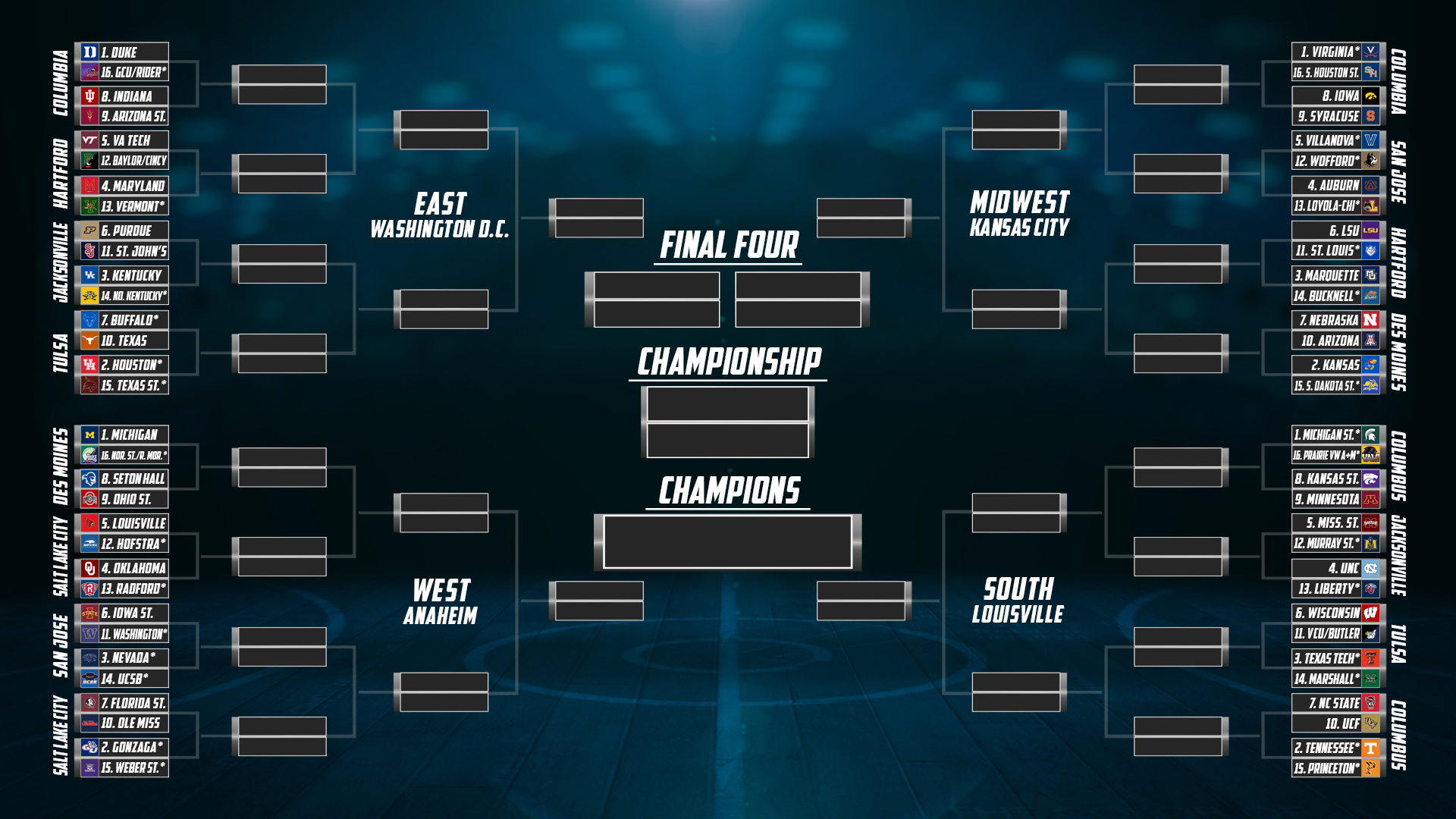 After a thrilling Saturday that saw upsets and a bunch of games going down to the wire, there was again significant movement in the bracket. And with a few teams being impacted by injuries, it’s a good time to talk about how the committee views, evaluates and seeds teams that have been impacted by injuries.

Every season, the selection committee deals with injuries that affect a team’s performance. One of the most notable was in 2000 when Kenyon Martin, the player of the year for Cincinnati, broke his leg in the first game of the Conference USA tournament. The committee had no sample size to see how the Bearcats would play without him and had little time to make a decision. Cincinnati would have been a number one seed but were dropped one seed line knowing that they would be without their best player for the NCAA tournament. The Bearcats lost to seven seed Tulsa in the round of 32, so perhaps the committee made the correct move.

But usually, it involves players that miss a portion of the season or are injured in mid-season and are out for the year. For players that only miss a portion of the season, it is fairly simple. You can see how a team plays with or without a player. But remember: The committee never assumes a game would have been won had a player participated. So the results are followed and a team may move up or down a seed line depending on how long a player was out.

The toughest situation is when a player is injured mid-season and is lost for the year. How does one view the games already played, knowing that the team would not be as strong with the injured player? The committee also has a lot of experience in this situation; they don’t penalize a team whose resume was built playing with the injured player. They do take special note of how the team performs when the player is out and compares this to the overall results. 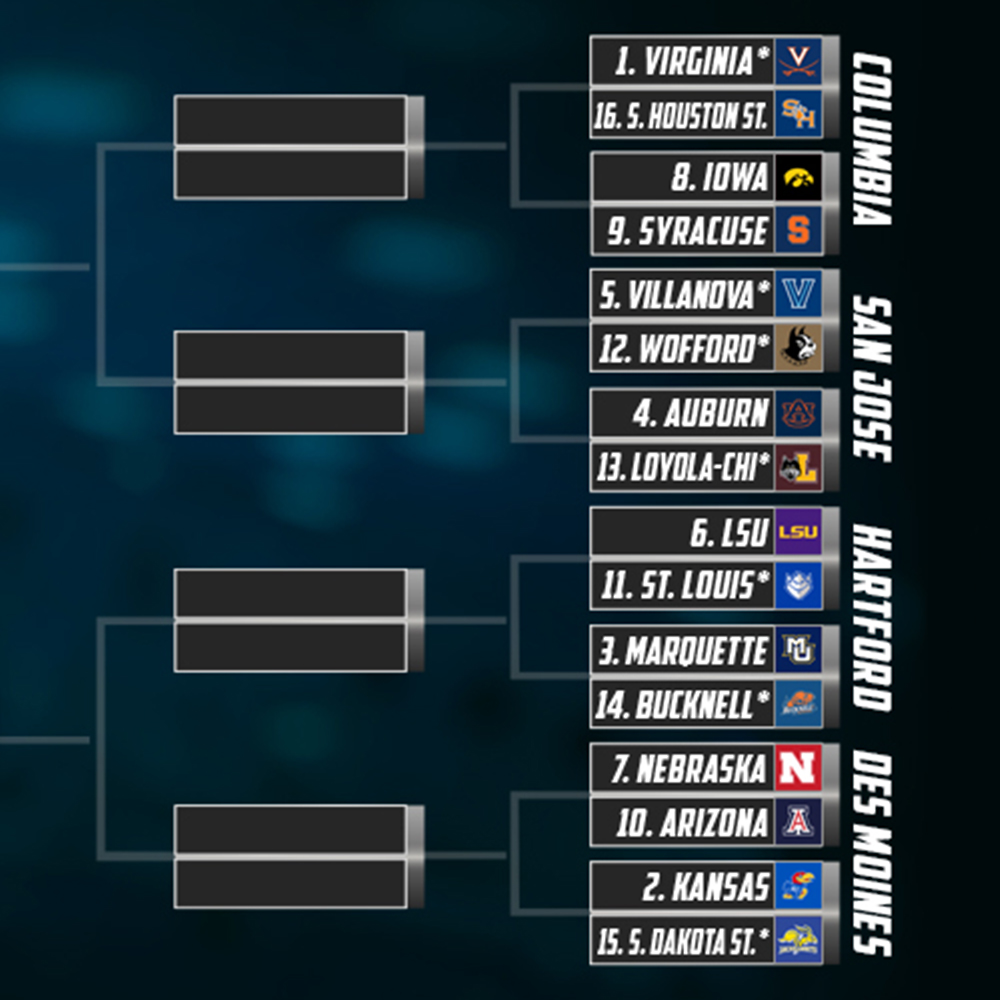 This comes to note as Kansas has dropped from a high one-seed to a low two-seed over one loss. Their tremendous resume will still be reviewed, but if the Jayhawks continue to lose to last-place teams without Udoka Azubuike, who was injured a few weeks ago, the committee will move the Jayhawks down the bracket if they don’t win consistently. 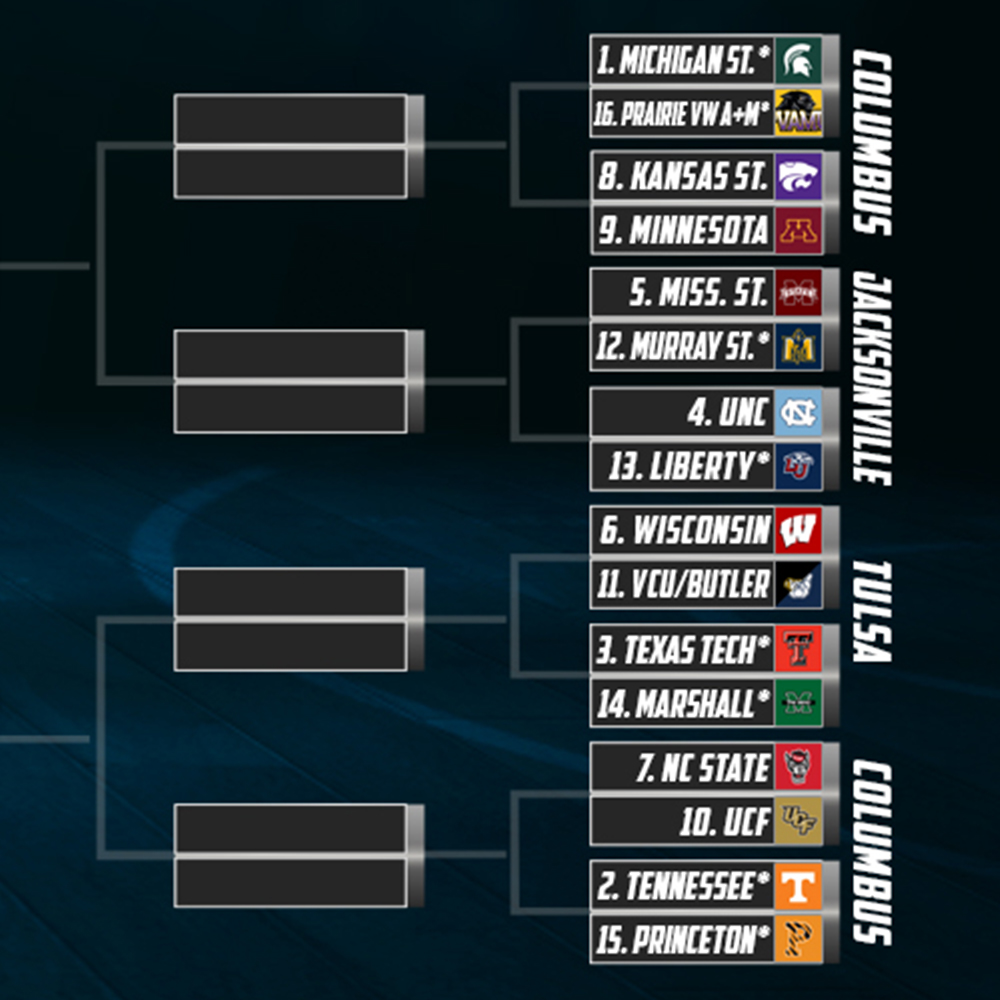 As far as this week’s bracket, a very tough call on the one line, with five worthy teams and only four spots. It basically boiled down to the fact that Tennessee has fewer Quad 1 and Quad 2 wins than Michigan or Virginia. These teams are extremely close, and I can see them changing positions throughout the year. 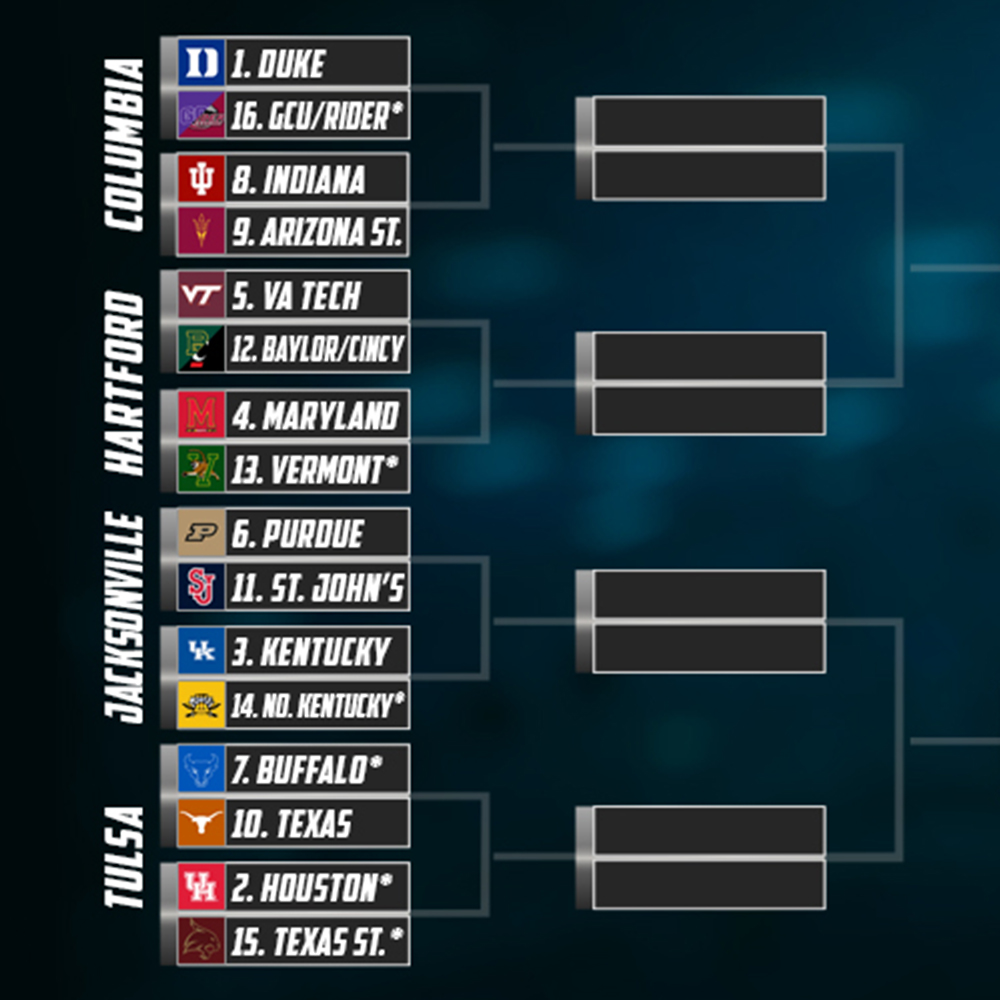 Some big movers this week include Kentucky, with a big road win over Auburn. Maryland, who moves all the way to a four seed, continues its climb, and Iowa State does likewise as it moves to the top of the Big 12. Moving into the field from out of nowhere is Baylor. The Bears upset win over Texas Tech vastly improved their resume and moves them into the play-in game. 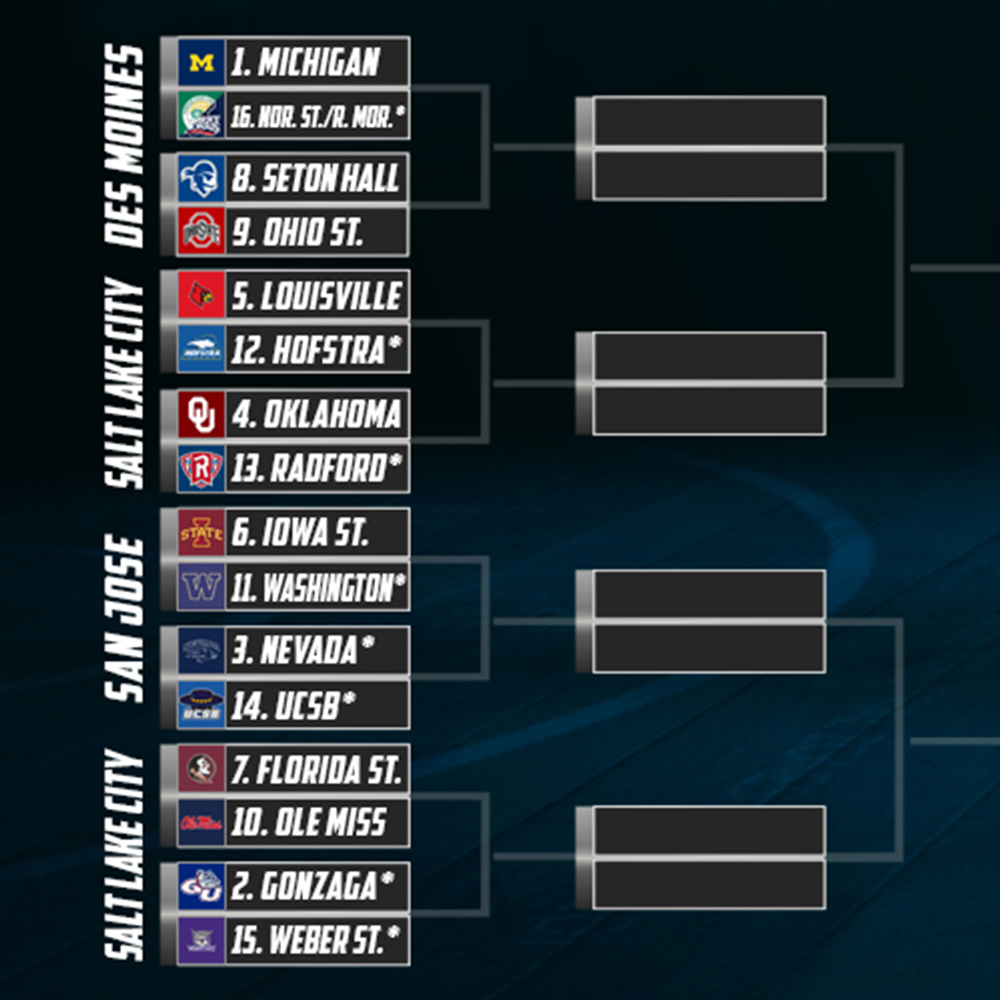 At note about the automatic bids. In each conference, the team currently leading the league standings was given the automatic bid. Ties were broken using NET (NCAA Evaluation Tool), giving the auto bid to the team with the highest NET ranking.

From here until the end of January, I will have a new updated bracket posted every Monday. In February, the brackets will be posted Monday and Friday and daily during Championship week. Follow my updates throughout the season @tkbrackets.