If you thought the first week of conference play would begin to sort things out, well, you are incorrect. Upsets continued across the country as well as some nail biters for teams on the top four lines.

This week saw a change at the top (Duke), a major shuffle at the bottom of the at-large portion of the bracket, and free falls from a team comfortably in all season (Oklahoma State) and a perennial top seed (Virginia).

The Big Ten added a team and several others strengthened their position. The craziness has brought us some great games. If you follow leagues like the Big Ten and the Big East, you know that every night of league play brings you games that can change the bracket the following week.

One note for this bracket and those that follow. With BYU joining the field, it adds a special challenge when the bracketing exercise takes place. BYU cannot play on Sundays, which means they must be placed in a region that plays on a Thursday-Saturday rotation and also in a first-round pod that has a Thursday-Saturday setup. The committee sometimes has to make adjustments to make this happen. It could mean moving BYU up or down one seed line or making sure that a Thursday-Saturday pod exists in a region where BYU needs to be placed. Something to watch as we move forward this year. 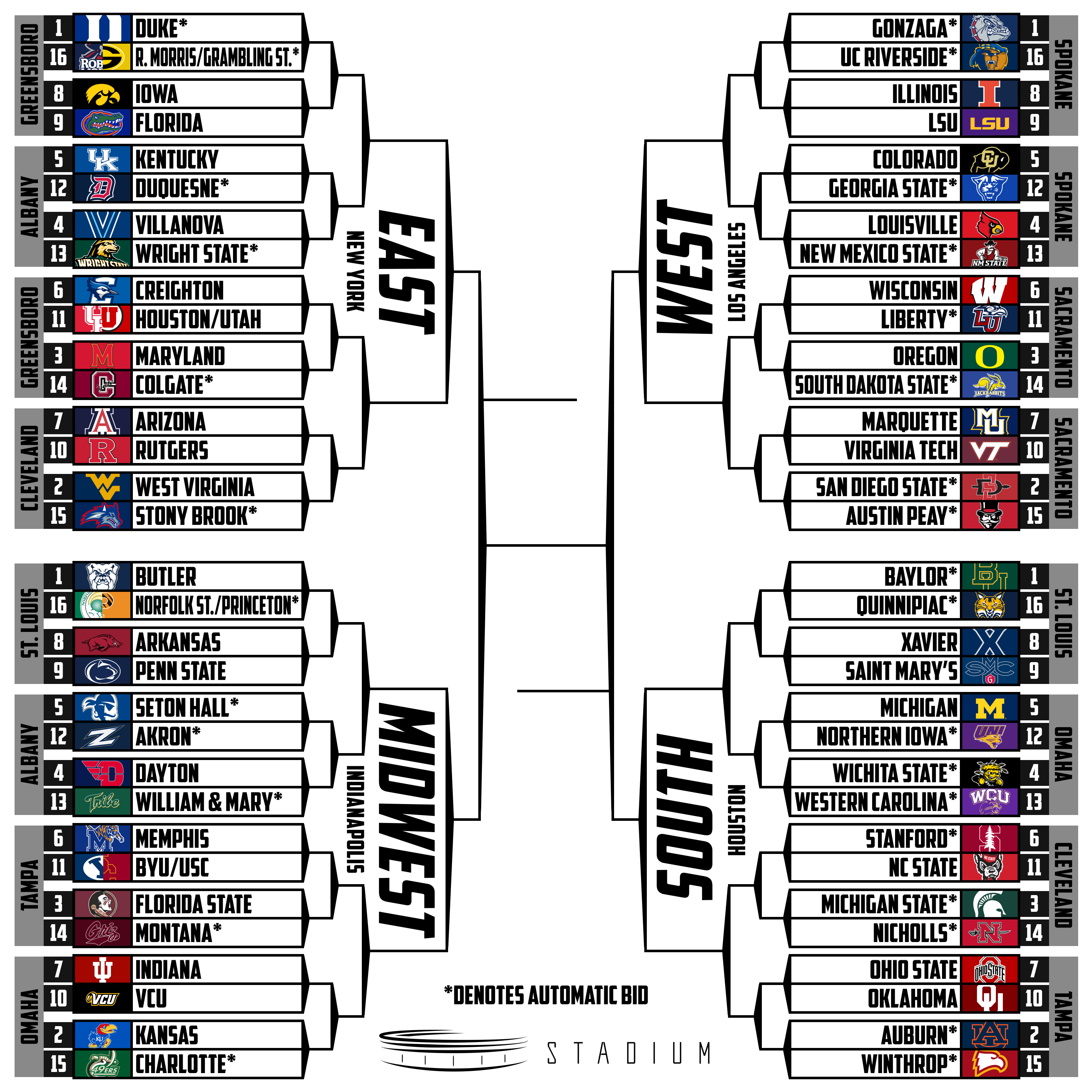 Tip of the cap to this team: Baylor. The Bears went to historic Allen Fieldhouse and came away with the school’s first win in that venue. Baylor has been on the fringe of the one line all season as the Bears have amassed five quad-one wins with four of them coming against top 20 teams. The Big 12 has a round robin schedule so the Bears and Jayhawks will meet again in late February in Waco.

Best team: Duke has moved to the top line after Kansas lost to Baylor. The Blue Devils have a top-five SOS including wins over two top-ten teams. This is one of the rare years the ACC is down which means Duke will face fewer challenges as it goes through the league schedule.

Off the bracket but maybe not for long: Last week LSU fit this category; the Tigers have since moved comfortably into the field. We are going with Purdue this week, although that seems to be a risky pick. The Boilers have been a disappointing team this year, but their NET remains in the middle 40s, and in the Big Ten they will have plenty of opportunities along the way.

A pleasant surprise: West Virginia. Bob Huggins’ team has been surprising all year and they continued with a big home win over Texas Tech on Saturday. That moved them to a two seed on the bracket as they continue their climb upward.

Look for updated brackets every Monday from here on out. Follow me on twitter @tkbrackets. I will give you updates all season long as we make our way to Atlanta for the Final Four.

MORE: Ranking the College Basketball Coach of the Year Candidates