Steve Spurrier tells Paul Finebaum he turned down an Alabama job offer in 2006.

It seems that the Head Ball Coach could have been throwing his visor in Bryant-Denny Stadium as coach of the Crimson Tide.

Speaking on “The Paul Finebaum Show” today, Steve Spurrier said University of Alabama athletic director Mal Moore contacted him about becoming the head coach of the Crimson Tide in 2006 after the firing of Mike Shula.

“Mal Moore called me and I had just taken the job at South Carolina,” Spurrier said. “I had just been there one year and I told him, ‘Nah, I’m committed to these guys, this is where I’m going to finish up. I really did.’”

While Spurrier states that Moore never told him the job was his, Finebaum was insistent he was Alabama’s man.

“I don’t want to get in the middle of the story, but the job was yours,” Finebaum said. “I talked to Mal, so I know where his head was, cause he got your number from me.”

After turning the job down, Spurrier told Moore something that would change the landscape of college football.

“I told Mal Moore, ‘Listen, you don’t want me there. I’m not going to come there, but hang with Coach Saban.’ He (Saban) had already turned them down and said I’m staying at Miami. I said, ‘Go back to him. I think he’d rather be at Alabama than at Miami.’ Sure enough, Mal went back and convinced him he needed to come to Alabama.’”

Saban has since built the Crimson Tide into the ultimate powerhouse, winning four national championships in nine seasons and posting a record of 100-18.

Asked if he could have replicated the success Saban has enjoyed at Alabama, Spurrier said he doesn’t think so.

“I really don’t,” Spurrier said. “Obviously what he has done there is wonderful.” 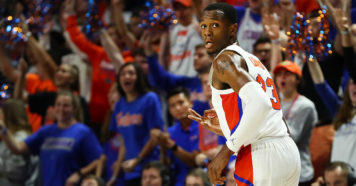