Texas A&M vs. Northern Iowa picks for the NCAA Tournament’s second round game.

Though enduring a roller coaster of a regular season, Texas A&M is looking hot at just the right time. The Aggies may not have won the SEC Tournament, but they’re undoubtedly one of the best teams in the country. Five Aggies scored in double figures in the win over Green Bay, and it’s safe to expect that same level of production from Texas A&M throughout the rest of the tournament. Danuel House and Tyler Davis are tough, and Alex Caruso doesn’t get enough credit for his playmaking abilities.

Like Texas A&M, Northern Iowa also had five players notch double digit figures in scoring. But the Panthers’ win over Texas was the wildest finish of the night, as Paul Jesperson banked a half court shot at the buzzer to give UNI the upset victory. Friday was arguably the most exciting day in NCAA Tournament history, and Northern Iowa’s victory was a big reason why.

The ending of Northern Iowa’s game was absolutely incredible, but this is where it ends for the Panthers. It’s going to be a very close game, but Texas A&M will prevail behind another big game from Danuel House.

Texas A&M, this team plays with heart and plays as a unit. UNI deserves some love after the win they got the way they got it, but A&M prevails.

A&M finds balance and a little bounce in their game to beat UNI.

Tyler Davis is a load for which Northern Iowa has no answer.

MORE: The Best NCAA Tournament Coverage On The Web 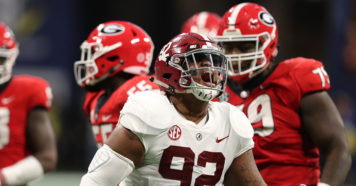 When Is the 2019 SEC Championship Game? Date, Time, Location

The SEC Championship will return to Atlanta’s Mercedes-Benz Stadium for the 2019 season, when the SEC East and West champions will square off on Dec. 7. 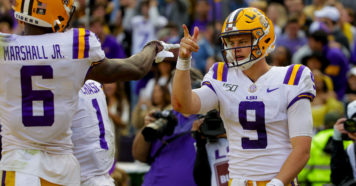 Here’s a 2019 Heisman Trophy tracker, which is updated weekly which the stats and Vegas odds for this year’s Heisman contenders. 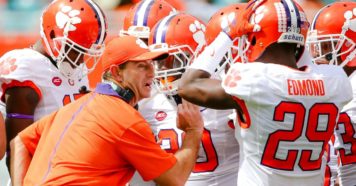