Is Toledo ready to ramp things up and be the MAC title contender everyone thinks it should be? With a road trip to Arkansas next week, this is the tune-up against a Stony Brook team that should provide a decent test. Below is the Toledo vs. Stony Brook prediction and game preview.

The Rockets have the veterans returning on defense and the running game back on the other side to build off a strong end to last season winning five of the last six games. Now it’s statement time.

Stony Brook’s claim to fame last season was coming really, really close to beating UConn, losing a 19-16 heartbreaker. But that was the theme for the season – close calls. The Seawolves lost five games by a touchdown or less, and two games by ten – they were in every game, and this year’s team is stronger.

Why Stony Brook Will Win

The defense that loaded up last year against the run gets several key parts back. Pass rushing terror Victor Ochi and his 11 sacks return on one end, while the linebacking corps should be a rock throughout the season around Trokon-Rahim Cassell on the inside. The Seawolves were third in the FCS against the run, and they should be that good again.

Why Toledo Will Win

The Stony Brook offense still needs work. Toledo’s defense was hardly a rock last year, getting torched by anyone who wanted to throw the forward pass, but eight starters return including everyone in the secondary. Fortunately, the Seawolves are going to struggle to put points on the board and don’t have much of a passing attack.

The Rockets need this game to ramp up the run defense, and it starts with the tackle combination of Treyvon Hester and Orion Jones. Hester is a big 300-pounder who can get behind the line, while Jones needs to be an anchor on the nose. With Arkansas coming up next, these two need to gear up.

The Rockets won’t blast off, but they’ll take control early with the ground game. Stony Brook’s offense won’t be ready to keep up the pace.

Without further ado, the Toledo vs. Stony Brook prediction … 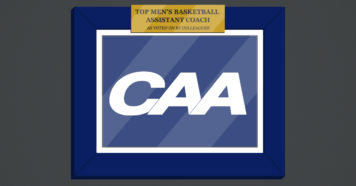