UMass vs. Old Dominion prediction and game preview. Projecting who wins between the Minutemen and Monarchs on Friday in Norfolk, VA.

The Minutemen (1-4) are coming off of a really tough loss to Tulane, as the Green Wave went on a 24-0 run to score a 31-24 road win last Saturday night. It was the first-ever meeting between the two schools, and it was the last of four straight home games for UMass.

Meanwhile, the Monarchs (3-2, 2-0 Conference USA) scored a 52-17 road win over Charlotte last Saturday behind the arm of David Washington, who passed for three touchdowns, and the legs of Jeremy Cox, who ran for three more scores.

Due to the projected impact of Hurricane Matthew, this game was moved to Friday evening instead of Saturday.

What To Know About UMass

Mark Whipple’s squad has a quarterback dilemma on its hands. After practice on Tuesday, Whipple said that he could play both Ross Comis and Andrew Ford against the Monarchs. Comis played the first two weeks of the season against Florida and Boston College before missing the next two weeks with injury. Ford was the starter when UMass won its first game of the year, and he tossed four touchdowns against Mississippi State. Ford was the starter against Tulane, but Comis replaced him in the fourth quarter and led two fourth-quarter scoring drives after the offense struggled.

What to Know About Old Dominion

In last week’s win over Charlotte, Washington had touchdown passes of 25 yards to Zach Pascal, 55 yards to Travis Fulgham and 9 yards to Isaiah Harper. He went 14-of-25 passing for 256 yards as the Monarchs outgained Charlotte 481-354 in total yards. The Monarchs want to make sure this game gets played before any possible hurricane destruction because they have won two games in a row and need every opportunity they can get to reach six wins and bowl eligibility. These teams do not have mutual open dates in which to reschedule the game.

Offense: Even. I’d give a slight edge to the Monarchs because of Washington, but Comis has some momentum after last week’s strong fourth quarter.

Defense: UMass. Old Dominion is No. 118 in third-down conversion defense.

Special Teams: Even. Neither squad ranks high in the special teams efficiency rankings.

Coaching: Old Dominion. Whipple’s second go-around with the Minutemen has not been very successful, while Bobby Wilder has seen this program through its transition to C-USA.

Intangibles: Old Dominion. The Monarchs will be at home in front of what should be a nice crowd – unless many fans leave town in fear of the ‘cane.

The UMass rushing defense ranks No. 94 in the FBS, as the Minutemen allow 194.0 yards per game on the ground. Cox and Ray Lawry have combined for 543 yards and nine scores this season, while several other backs have received carries as well. If the run game is chugging along, Washington should be able to make plays down the field against a softer defense.

I like this Old Dominion offense when Washington is efficient because the ground game will always be strong with Cox, Lawry and others. UMass puts up a strong fight, but a late Washington touchdown pass is the difference. 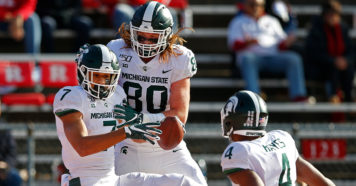 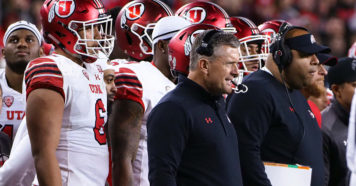