For the fourth season in a row, the NCAA Men’s Basketball Committee will give us a sneak peek at what the top of the bracket would look like if it were released on Saturday.

The in-season top 16 will be revealed at 12:30 p.m. ET on Saturday, Feb. 8, on CBS. And while we only get to see about a fourth of what the bracket would look like, the previous three reveals have given us insight on how the committee views the top part of the field.

For starters, there hasn’t been much movement from the time of the reveal until five weeks later when the full bracket was announced. Over the first three years of this exercise, only nine teams who were not in the reveal made the final bracket. While teams may have moved up and down a seed line or two, an average of 13 of the 16 teams announced on the reveal end up on the top four lines. For a bracketologist, this is like giving us the answers to 13 of the 68 answers on a test.

One final note: Of the nine teams who made the tourney but weren’t included in the initial reveal, six ended up as four-seeds and the other three as three-seeds, and seven of the nine advanced to the Sweet 16. 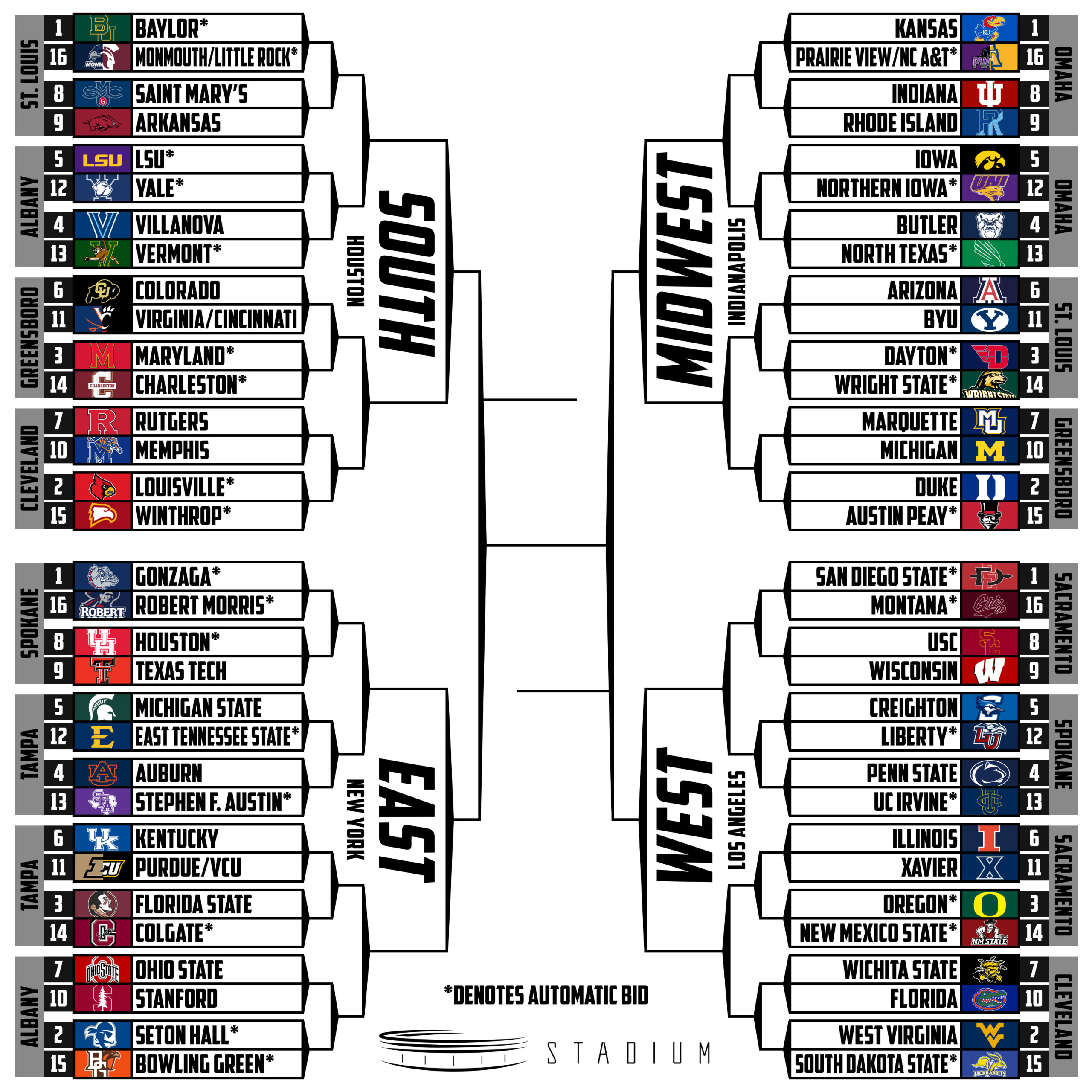 In looking at my current bracket, 15 of the top 16 are pretty well set. Sure, the committee could go a different route, but those 15 stand out to me as having better resumes than the teams below them. No. 16 on the seed list is the one in question; I went with Penn State over LSU. LSU’s loss to Vanderbilt on Wednesday was the tipping point for me to move the Nittany Lions into a top-four seed. Penn State’s resume certainly is worthy: they have six Q1 wins, seven top-50 wins and a NET ranking of 20. The only blemish on Penn State’s resume is a Q3 loss to Ole Miss (barely considered a bad loss) and an unfavorable SOS.

Of the other teams in possible contention for the final spot – Iowa, Michigan State and Kentucky – none of them have the Q1 wins that the Nittany Lions have. In addition, they have racked up three top-20 wins and have won six games away from home. But as we have mentioned, the teams just outside of the top 16 have plenty of time to make their case before Selection Sunday.

Brackets will be posted every Monday and Friday now until Selection Sunday. Follow me on twitter @tkbrackets. I will give you updates all season long as we make our way to Atlanta for the Final Four.