As we inch closer towards Selection Sunday, and with the reveal of this year’s committee’s top 16 being released on Saturday, I thought it would be a good time to remind everyone about some of things behind our bracket projections.

First, remember that these are not my predictions. What I try to do is replicate what the committee would do if Selection Sunday was today. My many years of participating in this exercise has taught me a lot about the common threads that go through each committee, even though they change members each year.

While some committees focus on particular metrics more than others, the committee’s mantra has always been these three factors: who you played, where you played them and how you played. Let’s break down each of those factors.

A note about bad losses: Good wins help you more than bad losses hurt you. Everyone can lose from time to time, but wins over Q1 and Q2 opponents are generally wins over teams you will see in the NCAA tourney. Bad teams are not going to make the dance, so a loss to one of these teams is hardly a problem. However, multiple losses do throw up a red flag.

Now for our updated projections: 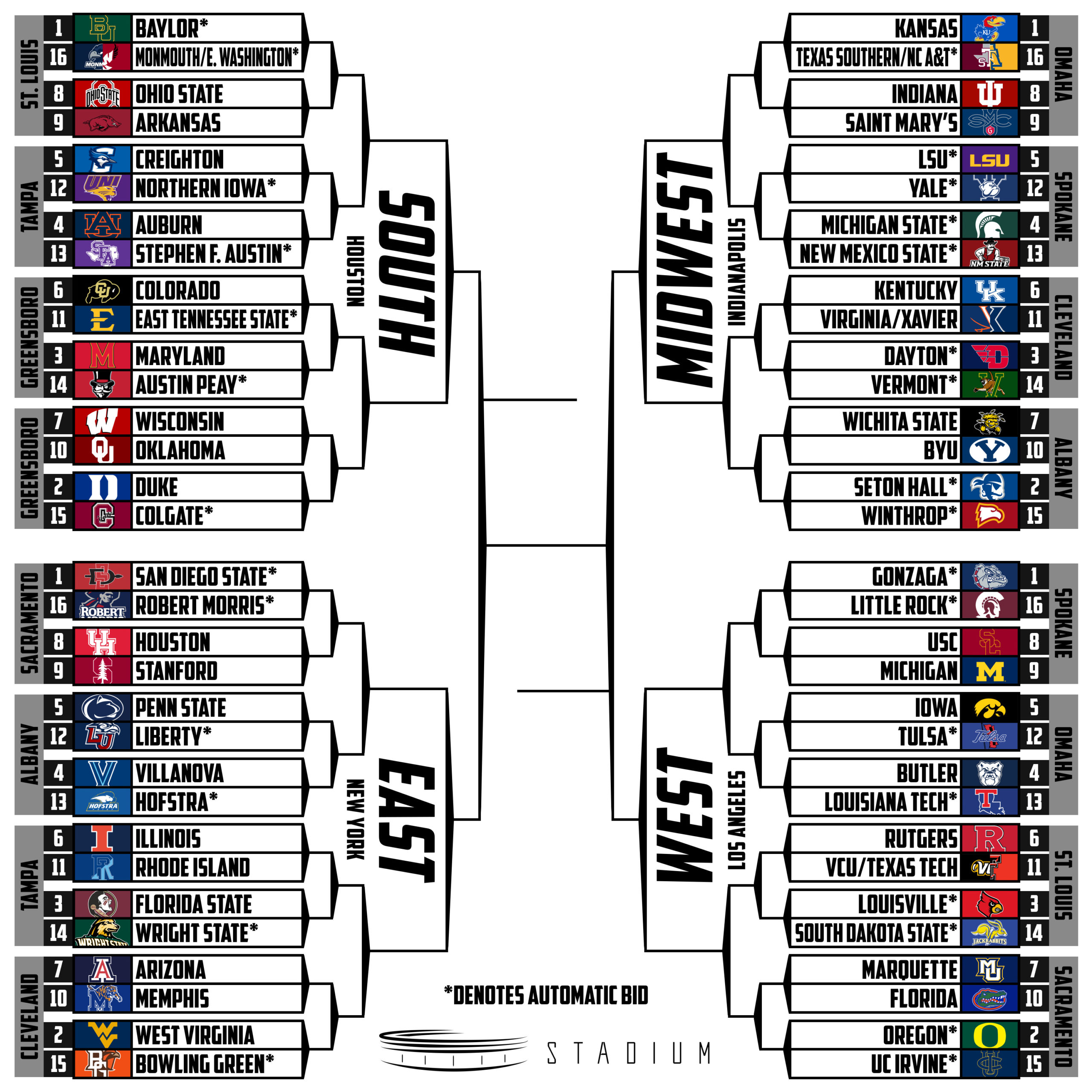 Tip of the cap to this team: Iowa. After taking down Big Ten rival Illinois on Sunday the Hawkeyes vaulted to a five seed. A top-four seed is not out of the question as they will have many opportunities in the Big Ten.

Best team: Baylor. As we said last week, the Bears can have it on cruise control until Feb. 15 when they begin a 22-day stretch in which they face the top teams in the Big 12.

In the bracket but fading fast: Arkansas. Despite a nice record and a NET in the mid-thirties, the Razorbacks have only beaten one team that is currently in the field (Indiana). If they fail to garner more quality wins they could be out of the field soon.

On the uptick: Creighton. The Bluejays have won four in a row including taking down Villanova on the road on Saturday. The Jays have another key road game Wednesday at Providence. A win there and you would have to consider Creighton in the fight for the regular season Big East title as the Jays have five of their final eight at home.

Look for an update on Friday ahead of the NCAA top 16 reveal on Saturday and an updated bracket following the weekend’s action next Monday. Follow me on twitter @tkbrackets. Look for updates all season long as we make our way to Atlanta for the Final Four.