UTEP vs. UTSA prediction and game preview. Projecting who wins between the Miners and Roadrunners on Saturday in San Antonio, TX.

The Miners (1-5, 0-3 Conference USA) were off last week, and the last time we saw them on the field they dropped a 35-21 contest at home to FIU. UTEP was limited to 276 total yards while yielding 488. Aaron Jones finished with 73 yards on the ground in the loss.

Meanwhile, the Roadrunners (3-3, 2-1 Conference USA) followed up their strongest effort to date in a 55-32 home win over Southern Mississippi with a win over Rice—but it wasn’t pretty. Dalton Sturm threw two touchdown passes (a 75-yarder and 28-yarder, both to Josh Stewart) in the first half for all of the team’s scoring in a 14-13 win. But it was a road victory that moved Frank Wilson’s squad one victory closer to bowl eligibility in his first season at the helm.

In last year’s meeting between the two schools, the Miners dropped a 25-6 home contest, as Jarveon Williams rushed for 133 yards and a touchdown in a game delayed twice by lightning. UTEP signal-caller Ryan Metz threw for 198 yards and four interceptions in the loss.

What To Know About UTEP

Sean Kugler put his team in full pads and had them tackle at Tuesday’s practice, which is a back-to-basics move by the Miners head coach. Included in the practice was a two-on-two tackling drill. Look for quarterback Kavika Johnson to get a lot more time at receiver, as Metz was named the starter at quarterback moving forward. He struggled mightily in last year’s contest, and he is 34-of-51 passing for 313 yards with a touchdown and an interception in 2015.

What to Know About UTSA

The Roadrunners have won two straight since snapping a three-game skid. Wilson’s squad started the season with some tough losses, including a home setback to Arizona State in which it outplayed the Sun Devils for a good portion of that contest. But the win over Southern Miss was a very unexpected one for the underdog Roadrunners, and it very well could be the game that puts them over the hump when it comes to postseason eligibility. Sturm is an intriguing dual-threat, but he needs to be more consistent and better protected by the O-Line.

Offense: UTSA. The Roadrunners are averaging 26.0 points per game, while the Miners are scuffling at 15.7 points per contest.

Defense: UTSA. Neither unit is very strong, but UTEP is giving up a whopping 232.0 rushing yards per contest, which is about 50 more per game than UTSA.

Coaching: UTSA. Kugler took the Miners to a bowl game in 2014, but it’s been a downward spiral since. Meanwhile, Wilson is settling into his first season as a head coach.

Intangibles: UTSA. This is a Miners team that is mentally wounded right now.

The Miners defense is very porous against the run, so Williams and Jalen Rhodes could have plenty of running room this week. Williams is starting to pick up steam after a slow start to the season, while Rhodes is averaging 5.7 yards per carry and has four touchdowns, including an 80-yarder. Sturm will be most effective if his passing game is complemented by a sound rushing attack, and he should receive solid production from his backs this week.

The Miners are No. 108 in passing offense and No. 86 in rushing offense, and the struggle is real when it comes to scoring points. Aaron Jones is the team’s best player, as he has rushed for over 700 yards and seven scores. Meanwhile, the Roadrunners have offensive balance and a defense that is a little bit less leaky. UTSA wins its third straight game to improve to 3-1 in league play because the Miners are a mess on offense, and the defense just can’t get enough consistent stops. 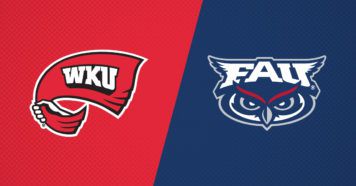 C-USA Football: How to Watch Western Kentucky vs. Florida Atlantic 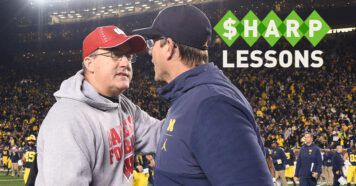 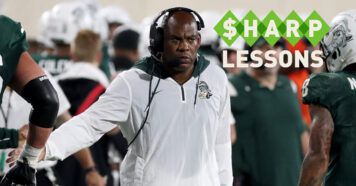