Virginia vs. Central Michigan prediction and game preview. Projecting who wins the Week 4 matchup between the Cavaliers and Chippewas at Scott Stadium.

The Cavaliers are thirsting for a win after coming up empty in their first three contests. Bronco Mendenhall is finding out that his rebuild in Charlottesville is going to be an uphill battle, especially after taking his BYU squads to the postseason in every year he was the Cougars’ head man. Meanwhile, the Chippewas are unbeaten and still riding high from their last-second win via a Hail Mary at Oklahoma State.

UVA’s 1996 win over Central Michigan served as the 99th win of Hall of Fame coach George Welsh’s Virginia career. The teams are meeting for the second time in their histories.

What To Know About Virginia

The Cavaliers have underwhelmed on both sides of the ball this season. The Hoos are averaging below 20 points per game while giving up over 30 to the opposition. Quarterback Kurt Benkert has thrown for 698 yards, but he has four interceptions and has not been efficient in the last two games (losses to Oregon and UConn). Virginia needs to play more ball-control offense and rely a little more on running back Albert Reid.

What to Know About Central Michigan

The Chippewas are rolling on offense and enjoying a strong start on the defensive side of the ball. CMU is averaging over 40 points per game behind a balanced offense (320 passing yards and 150 rushing yards per contest), led by signal-caller Cooper Rush, who has thrown for 957 yards with 11 touchdowns against three interceptions. It could be a long day for the UVA secondary.

Offense: Central Michigan. The Chippewas are very balanced and capable of big plays through the air.

Special Teams: Virginia. Punter Nicholas Conte has a strong leg and was near the top of the ACC last season in average.

Coaching: Even. Mendenhall is a very good coach, but John Bonamego took CMU to the Quick Lane Bowl in his first year and has his team at 3-0 early in this young season.

Intangibles: Virginia. Sometimes being a desperate team is a good thing.

The defensive end is coming off of a big game against UConn in which he tallied 3.5 tackles for loss and one sack. It is essential that he make life difficult for Rush, who can pick apart the UVA secondary if he has consistent time to throw. Brown was one of the bigger recruits of the Mike London era.

While the rebuild for the Hoos will take time, this is still a home game for a Power Five school that is an underdog against a Group of Five squad. Mendenhall did not forget how to coach. He may not have the material yet to compete for a postseason berth, but he will have his team ready for a CMU squad that already has a road win over a Power Five school. In other words, the Chippewas aren’t going to sneak up on the Hoos. 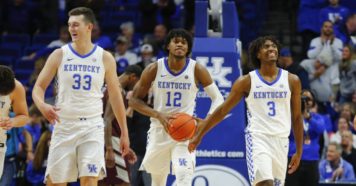 Predicting the College Basketball AP Top 25 Poll for Week 2: Kentucky Moves to No. 1

Here’s what we think the college basketball AP Top 25 poll will look like in Week 2. 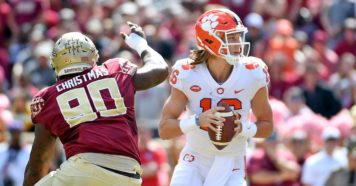 When Is the 2019 ACC Championship Game? Date, Time, Location

The 2019 ACC Championship should be circled on the calendars of die-hard football fans because history says the winner will likely go to the playoff. 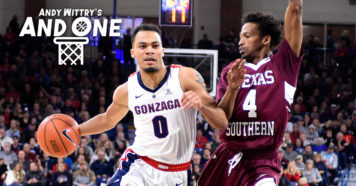