The Week 6 college football schedule features a weighted MAC contest and an intriguing showdown in Corvallis that should be appointment viewing.

Instate bragging rights don’t hinge on the outcome, as they do in this week’s annual battle between Miami and Florida State. And there are no chances to exorcise a dozen years’ worth of demons, like when Washington travels to Eugene to face nemesis Oregon. Still, the following under-the-radar matchups are loaded with compelling storylines and intriguing subplots, and they warrant your attention in Week 6.

Originally, the Tulane-UCF tilt was tabbed to make the list; however school officials have rescheduled the game on account of Hurricane Matthew. We’ll have to wait until November 5 to watch first-year head coaches Scott Frost and Willie Fritz square off in Orlando. Now, onward to this weeks five underhyped games that you most certainly should not miss.

Eastern Michigan is 4-1, off to its best start in more than two decades. Impressive for a program whose future as a viable entity has come under question.

The Eagles have long been an FBS doormat, last bowling in 1987. Third-year coach Chris Creighton, though, has his kids playing with confidence, with help from defensive end Pat O’Connor and seemingly a different offensive hero each week . This Saturday will be an interesting measuring stick for Creighton. The Eagles have lost 15 of their last 16 games to Toledo, which is flush in playmakers, such as running back Kareem Hunt, quarterback Logan Woodside and a handful of quality receivers. Plus, the Rockets will be hungry after losing to BYU despite amassing 692 yards of offense.

Most Mountain West headlines this season were being generated by Boise State and San Diego State, at least until the Aztecs fell to South Alabama. Now Air Force could have a say in the title chase, especially since it hosts the Broncos in the regular season finale.

Things are beginning to get interesting around Berkeley, sans much warning.

Little was expected from Cal this season. Sonny Dykes’ star quarterback left for the NFL, the receiving corps underwent a facelift and the defense was a mass collection of anonymity. And after an early loss to San Diego State, the Bears appeared to be following the script. But since then, they’ve knocked off two ranked teams, Texas and Utah, the latter capped by an epic goal line stand.

Davis Webb to Chad Hansen has become unstoppable, and defensive tackle James Looney and linebackers Devante Downs and Raymond Davison are helping initiate slight defensive improvements. Now, Cal needs to take care of business outside of Strawberry Canyon against a Beaver team with no business being in this game in the final quarter.

If No. 6 Houston is going to stumble between now and the Nov. 17 visit from Louisville, it’s most likely to happen this week in Annapolis.

No, this is not one of Ken Niumatalolo’s best teams at the academy. The Mids lost last week to Air Force, 28-14, and have been using quarterback Will Worth, a backup at the outset, after starter Tago Smith was lost for the year. But Navy is always a tough out, from its methodical ground game and underrated defense to the disciplined manner with which it plays. True, the Cougs enjoy the clear talent edge, but Navy will slow the game down, and Hurricane Matthew could wind up being an even greater speed equalizer on Saturday.

This is an enormous game for both coaches. DJ Durkin wants to continue evolving in College Park following last week’s improbably lopsided 50-7 defeat of Purdue. Behind running back Ty Johnson and quarterback Perry Hills, Maryland is succeeding on the ground, and the defense is gaining confidence every week. But who have the Terps played? The Lions want to flex their muscles in the region, while building on Saturday’s overtime slip past Minnesota. Plus, every win counts for James Franklin, who can ill-afford to slide lower in the Big Ten East pecking order. 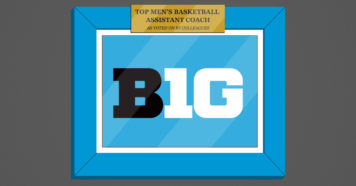