What Happens to College Football If Conferences Can’t Field All of Their Teams?

Perhaps the most perplexing question regarding the upcoming college football season is what does a conference do if all of its member schools can’t return their students to campus in the fall?

“That is the billion-dollar question we are dealing with,” a Power Five athletic director said. “The hard stuff is coming now.”

Added another Power Five athletic director: “We’ve all been talking about that and engaging presidents in the mix. It’s a very real possibility — at least at this point.”

Stadium contacted multiple athletic directors from each of the 10 FBS conferences and asked what their respective conference would do if all of their universities weren’t able to play football this fall because of COVID-19.

The responses were as varied as each school’s colors.

“This ultimately is going to come down to what’s in [the] best interest of local schools and communities,” a Power Five AD said.

But in 2020, the membership arrangement of the FBS’ 10 conferences isn’t exactly “local.” 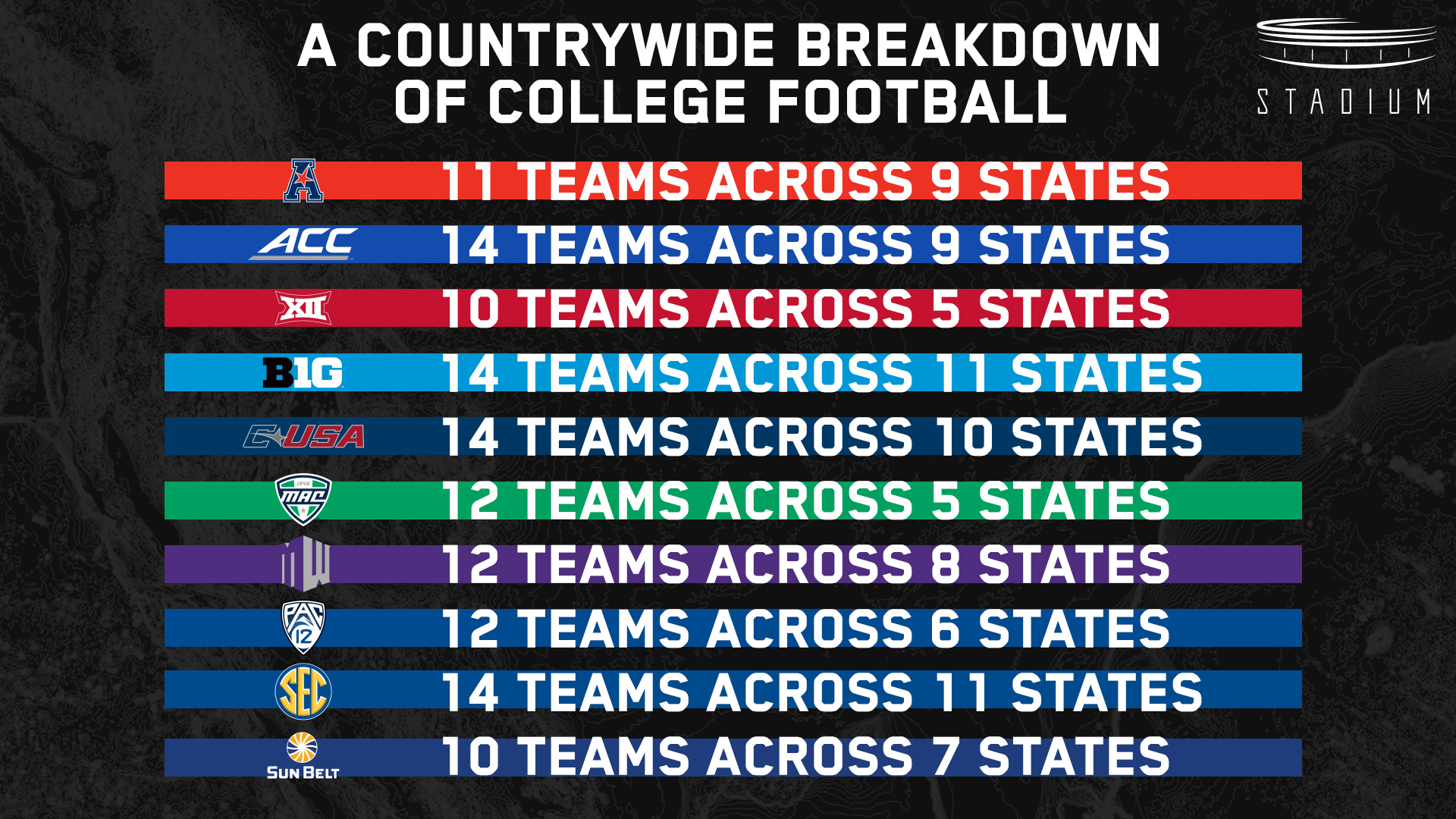 “This was a topic of discussion last week,” a Power Five athletic director told me. “We’re still working to better understand where each school is heading.”

While university presidents and chancellors will determine when students may return to campus, they’ll base those decisions on a number of factors, including guidelines from their respective state’s government and health officials. Even neighboring states could implement different return dates.

“This is the piece that is perplexing us all right now,” a Power Five AD said. “Additionally, what if a political body in one state says [the schools in that state] can’t play?”

“We cannot afford for a few boats to sink the fleet,” added one Group of Five AD, who asked his fellow league members for recommendations in case the entirety of their conference wasn’t able to play.

The states of Florida, North Carolina and Texas each have schools from four different conferences, while California is the home to four Pac-12 schools and three Mountain West schools. This could impact both leagues since California’s governor and local officials have said it would be unlikely California could hold sporting events before Thanksgiving.

“This is a great question that we often get stuck on — and this could happen,” said a Group of Five AD. “Those that could return, need to go to start the process of getting back to normal. At some point, things will get back on track and if some can safely make it happen, this gives hope for others who can’t. It also puts pressure on those who stand in the doorway preventing economic recovery.”

Added another Group of Five AD: “I could definitely see scenarios where all but one or two schools [from a conference] are ready to proceed and a season is played without them. I think the Group of Five would follow the Power Five’s lead and the Power Five conferences would defer to the TV networks to determine which [schedule] is preferable.”

If a conference decides to play football this season, but certain league members aren’t able to play, how would the television revenue be divided?

“Those that don’t play probably won’t get their full share of media rights revenue,” a Power Five AD said.

Yet another athletic director thought those programs would receive their share of revenue.

“I believe so,” the AD said. “When those schools who do not go to bowl games, NCAA tournaments or field competitive teams, they still share in the revenue.”

“Would the decision to play in the fall change if the schools that couldn’t play were Alabama, Auburn and LSU, compared with Vanderbilt, Tennessee or Missouri?” asked one AD who does not represent an SEC school. “I hope not, but these are unprecedented times.”

A Power Five athletic director said if his school could not play football in the fall he would still recommend the league to play without them.

“Why am I holding others back?” the AD asked. “I’d hate it, but I have to do what’s best for college football. Different states will come back at different times. I don’t think you need all 130 (FBS teams) to make it work. If we have a majority that can play, we should play. We may never get it to 100 percent.”

Another Power Five AD said they considered both sides and still aren’t sure what they would recommend.

An example of how difficult this decision will be was the differing opinions of two ADs I contacted from the same Power Five conference.

“The schools that can play, will play,” said one AD.

“I think we would push back the season to a time when all of our members could play,” said the other.

That’s the ongoing dilemma the ADs and commissioners must solve.