NCAA Tournament Projections As of Feb. 5

We just analyzed the top of the bracket, so now we can take a deep dive into the bubble to see who’s in and who’s out.

We will start with Colorado State, the best team on the eleven line, and work our way down to Seton Hall, who’s currently the last team in. As we move down the list you will see that the resumes are quite similar but quality wins become scarce as we reach the bottom.

Seton Hall has a very unique resume as they are only 10-8, but their two Q1 wins are enough to edge out a Loyola-Chicago program that was difficult to analyze because of their conflicting metrics. The Ramblers currently sit at 15-3 and when you pair that sturdy record with their NET ranking of 14, you wonder how in the world did they not make the field.

The reality is that Loyola-Chicago has not beaten a team in the top 100, meaning that their best win came against No. 106 Missouri State. Yes, the Ramblers have a nice record and impressive NET ranking but they really haven’t beaten anyone (don’t forget their loss to No. 116 Indiana State).

Rambler fans will argue that Drake, who currently sits on the eight line, has not beaten anyone either. Well that’s true, except Drake is undefeated — and they can’t do better than that. All of that can change, though, in a little over a week when the Ramblers and Bulldogs meet in Des Moines for a two-game set. A split will land both in the field, but a sweep would not be good news for the loser, especially if it’s Loyola-Chicago.

The teams on the wrong side of the bubble include the Big Ten’s Maryland and Indiana. Both just need to rack up more wins as they have enough high-quality victories to be in the field. There’s plenty of time to get on the right side of the bubble for most schools on the outside. 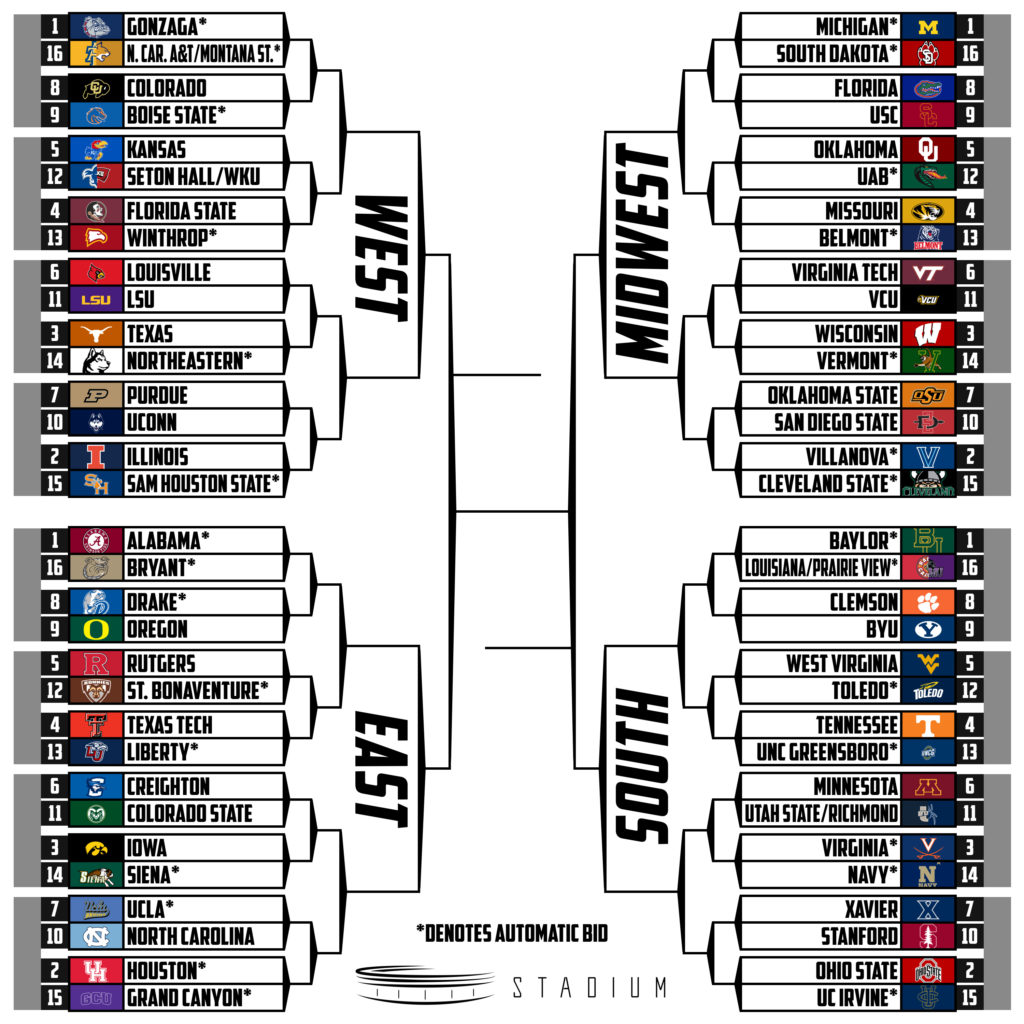